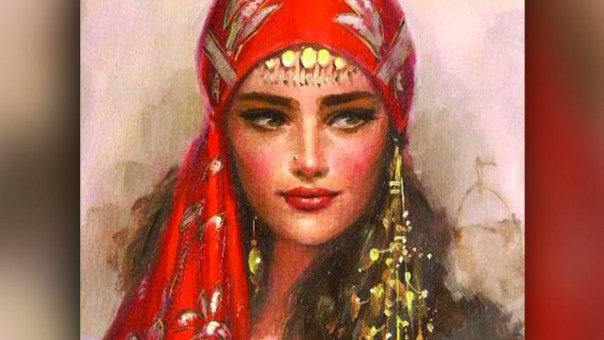 Joshua 6:17-25 ESV   And the city and all that is within it shall be devoted to the Lord for destruction. Only Rahab the prostitute and all who are with her in her house shall live, because she hid the messengers whom we sent. But you, keep yourselves from the things devoted to destruction, lest when you have devoted them you take any of the devoted things and make the camp of Israel a thing for destruction and bring trouble upon it. But all silver and gold, and every vessel of bronze and iron, are holy to the Lord; they shall go into the treasury of the Lord.” So the people shouted, and the trumpets were blown. As soon as the people heard the sound of the trumpet, the people shouted a great shout, and the wall fell down flat, so that the people went up into the city, every man straight before him, and they captured the city. Then they devoted all in the city to destruction, both men and women, young and old, oxen, sheep, and donkeys, with the edge of the sword…

The book of Joshua introduces one of the most unusual and thought-provoking brave risk-taking, and a strong-willed woman of the Old Testament, Rahab. She has been known as a prostitute of the Canaanite city of Jericho.  She also took her place in the lineage of Jesus Christ by her marriage to Salmon (Sa-mon).  She also birthed Boaz, who married Ruth.

Her story begins during the invasion of the city of Jericho by the Israelites.  Where Joshua sent two spies into Jericho. The king of Jericho heard two Israelite spies were in the city and sent troops to search for them. Although Jericho was a fortress, like many other cities. Rahab and her family were possibly poor and supposedly, some say that she ran the local tavern and that’s why the King’s men had to ask for permission to restrain the two men since it was her business. But this is not definite, but a possibility.   However in the Middle Eastern customs, the guests in anyone’s home were honorable and were treated more highly than family members, therefore the authorities had to ask permission from Rahab to seize her guests.

Furthermore, because the spies desired the blessing of God and were treating their mission with the utmost holiness, it is a possibility that they wouldn’t have entered just any house, that is a risky decision. Rahab was a smart woman and realized that these men were Israelities spies. She knew based on rumors told, she guessed there would probably be an attack on Jericho and would have to take action to survive. She told the spies how the citizens of Jericho had been fearful of the Israelites ever since the Egyptians were defeated during the Red Sea story. She agreed to help the spies escape if she and her family were spared in the upcoming battle. Rahab hid the two men on the rooftop. When the soldiers arrived to look for the spies, Rahab told them that they were not there. The soldiers searched the place, but Rahab had hidden the spies very well. It was a good thing that the spies agreed to protect her and her family but they explained to her that she must hang a scarlet rope out of the window so the Israelites would know which home to spare. The city was destroyed with only Rahab and her family spared. Ultimately, Rahab married Salmon, an Israelite from the tribe of Judah. Her son was Boaz, the husband of Ruth.

In this historical biblical story of Rehab, what can we learn from her situation? There are several things that she did that showed her courage and faith. Let’s review and see what we can find in her actions.

Joshua 2:1-24 ESV    Joshua the son of Nun sent two men secretly from Shittim (shitt-um) as spies, saying, “Go, view the land, especially Jericho.” And they went and came into the house of a prostitute whose name was Rahab and lodged there. And it was told to the king of Jericho, “Behold, men of Israel have come here tonight to search out the land.” Continue:  Then the king of Jericho sent to Rahab, saying, “Bring out the men who have come to you, who entered your house, for they have come to search out all the land.” But the woman had taken the two men and hidden them. And she said, “True, the men came to me, but I did not know where they were from. And when the gate was about to be closed at dark, the men went out. I do not know where the men went. Pursue them quickly, for you will overtake them.”

2. She was aware that they were Israelites.

(Jos 2:8-14)  Now before they lay down, she came up to them on the roof and said to the men: “I know that the LORD has given you the land, that the terror of you has fallen on us, and that all the inhabitants of the land are fainthearted because of you. For we have heard how the LORD dried up the water of the Red Sea for you when you came out of Egypt, and what you did to the two kings of the Amorites who were on the other side of the Jordan, Sihon, and Og, whom you utterly destroyed. And as soon as we heard these things, our hearts melted; neither did there remain any more courage in anyone because of you, for the LORD your God, He is God in heaven above and on the earth beneath.”

3. She negotiated for her and family safety.

(Jos 2:8-14) Now, therefore, I beg you, swear to me by the LORD, since I have shown you kindness, that you also will show kindness to my father’s house, and give me a true token, and spare my father, my mother, my brothers, my sisters, and all that they have, and deliver our lives from death.” So the men answered her, “Our lives for yours if none of you tell this business of ours. And it shall be when the LORD has given us the land, that we will deal kindly and truly with you.”She knew God’s protection was upon them.

5. Rahab’s declaration: She said, “He is God in heaven above and on the earth beneath is proof of her faith.”   It may not be strong or much faith, but her faith is worth some praise regardless.” (Hebrews 11:31 and James 2:25).

6.  She gained favor  – She was spared from death by Joshua. Hebrews 11:31 ESV By faith Rahab (RÁHÃB) the prostitute did not perish with those who were disobedient, because she had given a friendly welcome to the spies and kept her word.

7. Mercy was given to her whole family – Joshua 6:17 ESV   And the city and all that is within it shall be devoted to the Lord for destruction. Only Rahab (RÁHÃB)   the prostitute and all who are with her in her house shall live, because she hid the messengers whom we sent.

8. Joshua showed mercy –   Joshua 6:22 ESV  But to the two men who had spied out the land, Joshua said, “Go into the prostitute’s house and bring out from there the woman and all who belong to her, as you swore to her.”

9. God makes a way for her to overcome fear with Faith – Deuteronomy 7:1-6 ESV   “When the Lord your God brings you into the land that you are entering to take possession of it and clears away many nations (people) before you.

Blessed are all who fear the Lord, who walk in obedience to him. Psalm 128:1

9. Do not reject people because of history: Hebrews 13:2 ESV  Do not neglect to show hospitality to strangers, for thereby some have entertained angels unawares.

10. God uses unsaved non-believers to get His will done – 2 Corinthians 6:14 ESV  Do not be unequally yoked with unbelievers. For what partnership has righteousness with lawlessness? Or what fellowship has light with darkness?

12. By Faith we are saved – Ephesians 2:8 ESV  For by grace you have been saved through faith. And this is not your own doing; it is the gift of God.

Like Rahab, once we become Christians our pasts are forgiven, the slate is wiped clean. Rahab was no longer viewed as a prostitute, but as one worthy through God’s grace.   It is written in Proverbs 12:2 ESV   A good man obtains favor from the Lord, but a man of evil devices he condemns. Psalm 84:11 states, “For the Lord God is a sun and shield; the Lord bestows favor and honor. No good thing does he withhold from those who walk uprightly.”

Here are some other scriptures that you can reference too. These are Ephesians 2:8-9 ESV  For by grace you have been saved through faith. And this is not your own doing; it is the gift of God, not a result of works, so that no one may boast, and Luke 5:32 “I have not come to call the righteous, but sinners, to repentance.”

Rahab repented of her sin and lead a holy life as she became part of Jesus’ lineage by marrying Salmon.  She was given the honor for saving the spies because she feared the God of the Israelites.  She then lived with them and became part of Joshua’s group. We must remember, that as we discern God’s need for us to assist or speak His word…we then are acting on Faith and trusting God will do as He commands. Isaiah 26:4 ESV   Trust in the Lord forever, for the Lord God, is an everlasting rock.

Let us pray and look for the “Facebook” and “YouTube” icone at the Home page to visit our page and channel. If you live in the area, come by and give us a visit on Sunday mornings. Blessings!